Last week was a bit unexpected.  The sale of our house fell through.  After a night of a meltdown (OK....two days actually) I started seeing a bit more clearly and positively.  The end of residency is near, and with that ending we will move on and sale this house of ours.....we hope.

Sammy's birthday was Sunday so I decided to escape all drama/problems of reality and head to my happy place on earth.....LANCASTER.  With all the craziness of life right now, my party for Sam was a day excursion to Lancaster.   Mike was busy studying for his boards he has in TWO weeks.  He MUST PASS his BOARDS!  :)

Toys R Us and McDonald's.  I know fancy right? 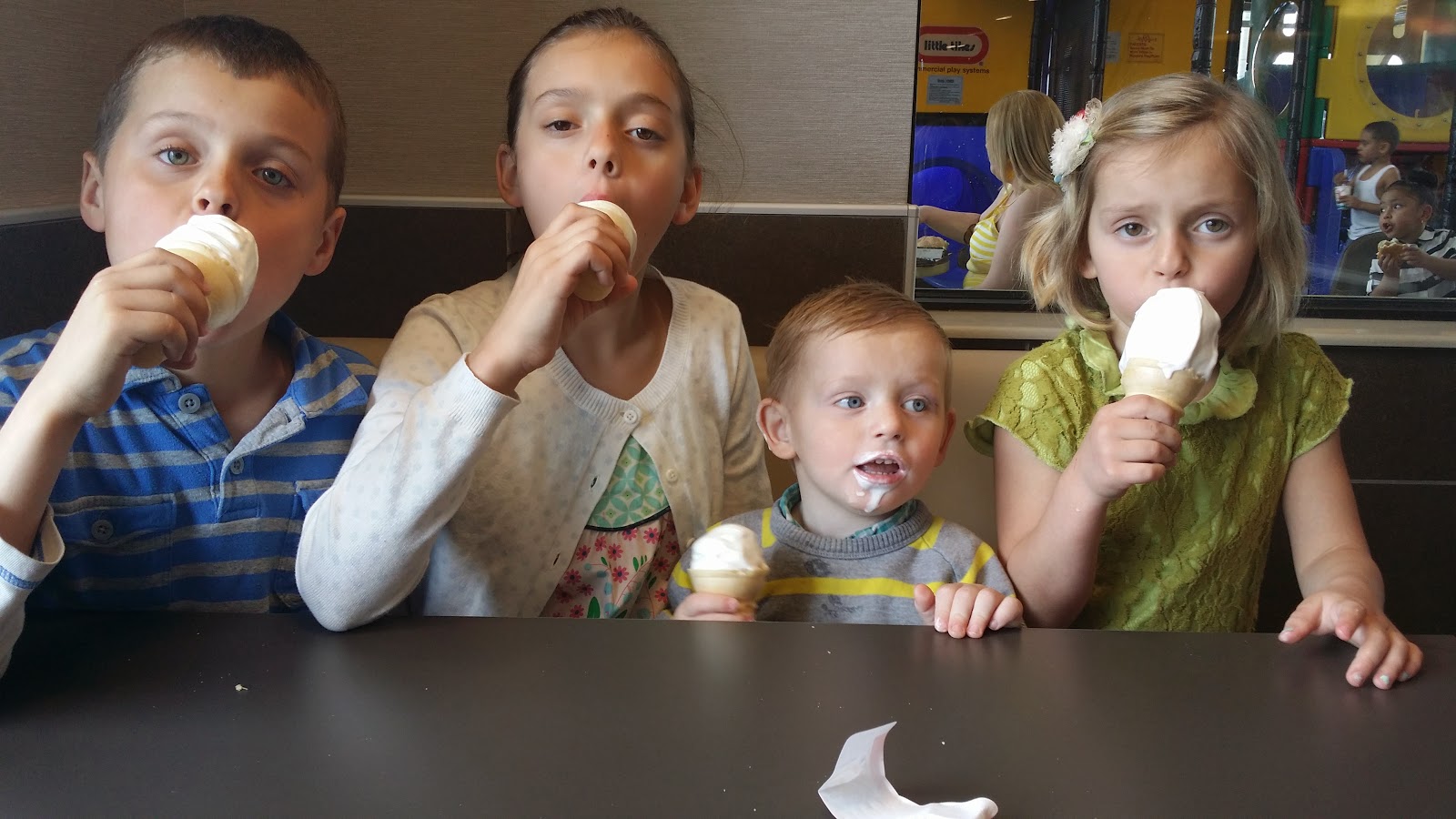 Here is where the story gets interesting.  After playing at McDonald's for a long time, and buying our goods at Toys R Us we loaded back in the car.  I was hoping with bribes I could squeeze in a quick H&M mall visit before our head home to Harrisburg.  I tried to start the car, however the car would not start.

I had some options.....
1) I could stay in my car, hope it was just a bad dream and try to start it again in five minutes.....listening to Sammy scream in his car seat.
2) I could leave my children and run across the highway to Car Max and see if someone was available to help.
3) I could take my chances someone in McDonald's would help me, but this seemed futile recognizing not many people inside at the present spoke English.
4) I could take all four children in hand, cross a highway to Car Max, and hope for the best.

At ten to five....knowing most places were closing soon on a Saturday I opted for number four.

I took Sammy in arms, threatened the others to hold hands for dear life, said a prayer in my head, and we ran across a busy highway to Car Max.

Harrowing, but we made it safe.  The service office at Car Max was closed until Monday, but the nice employee mentioned that up the street was a NTB (National Tire and Battery), and they could hopefully help.

So again, with a babe in arms we ran as fast as possible to make it by 5:00 to NTB.  We were quite the sight to behold I can only imagine.

We made it in the nick of time, and the nicest employee came to our rescue.  It turned out our car battery had died completely.  Fortunately they had one ready to install and saved the day.  It could have been MUCH worse.

I was a bit frazzled, a bit grumpy, but in the end couldn't help but laugh.  So many times in my life I think I could just cry.  However, the older I get I realize what's the point?  At the end of the day, tantrums work about as well when you are 38 as when you are 4.  I have the best little examples of laughter and light in my life.

It's pretty hard to be too upset when you are surrounded by.... 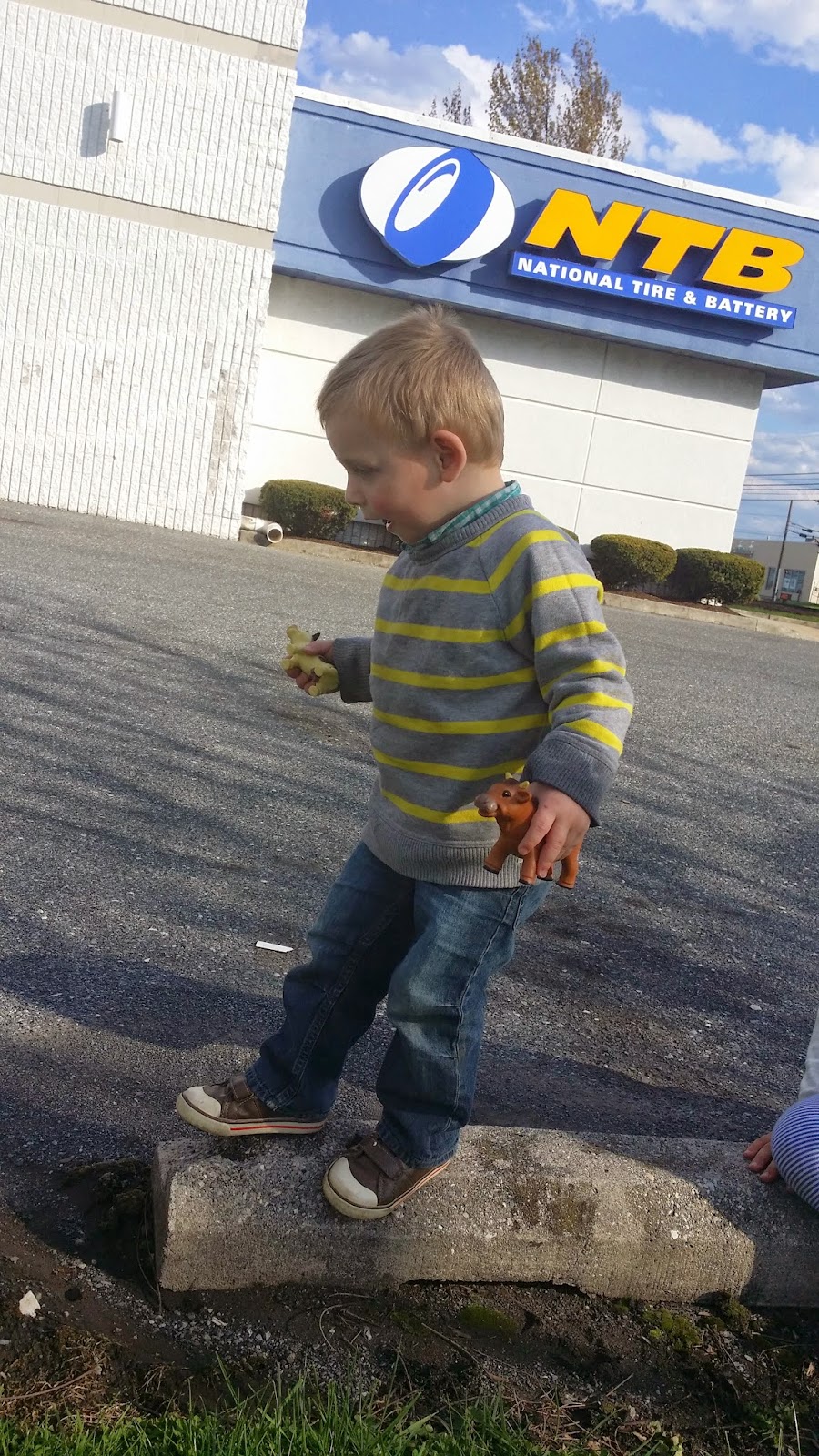 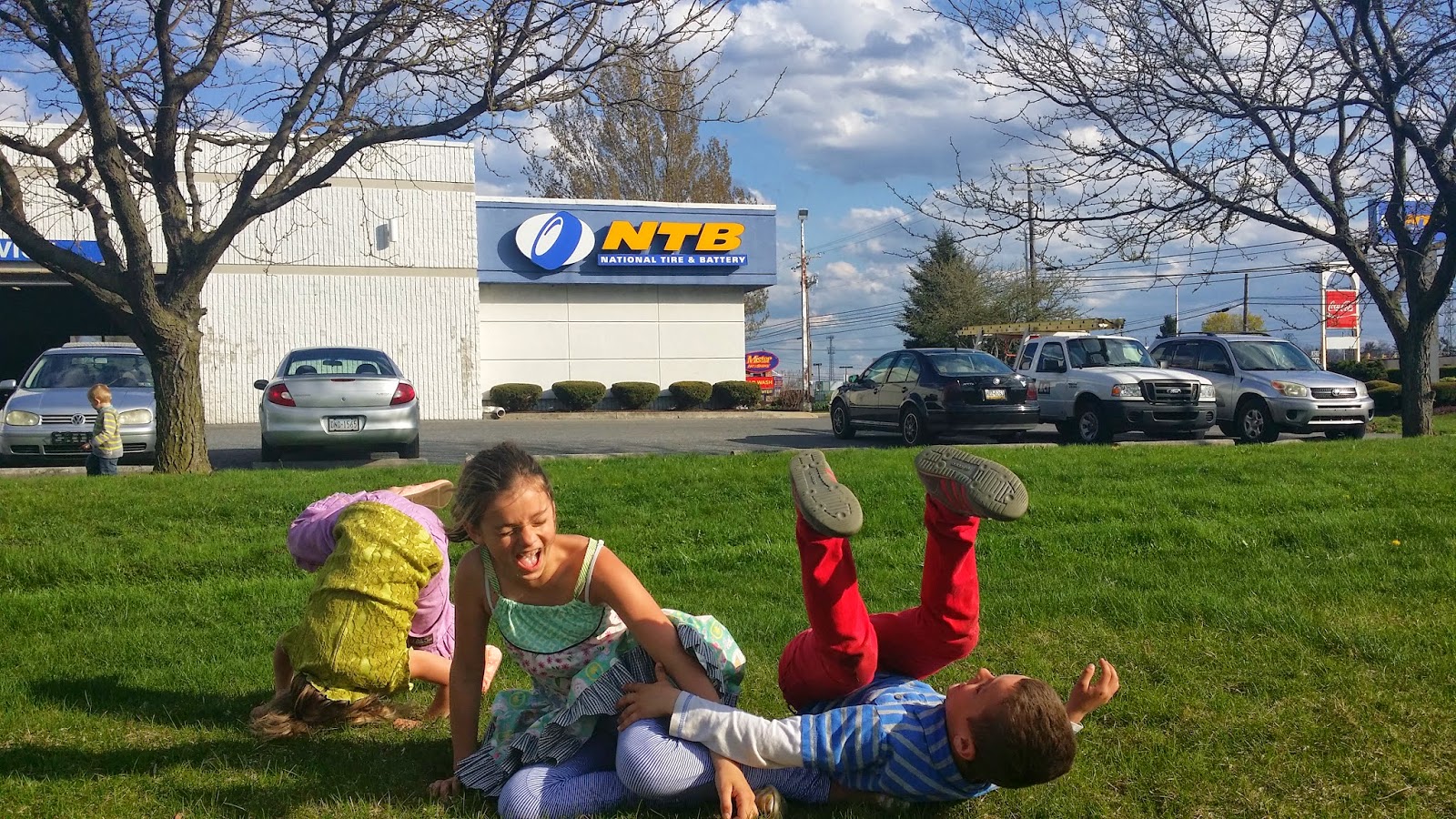 These characters doing somersaults thinking that crossing the highway was "crazy  fun". 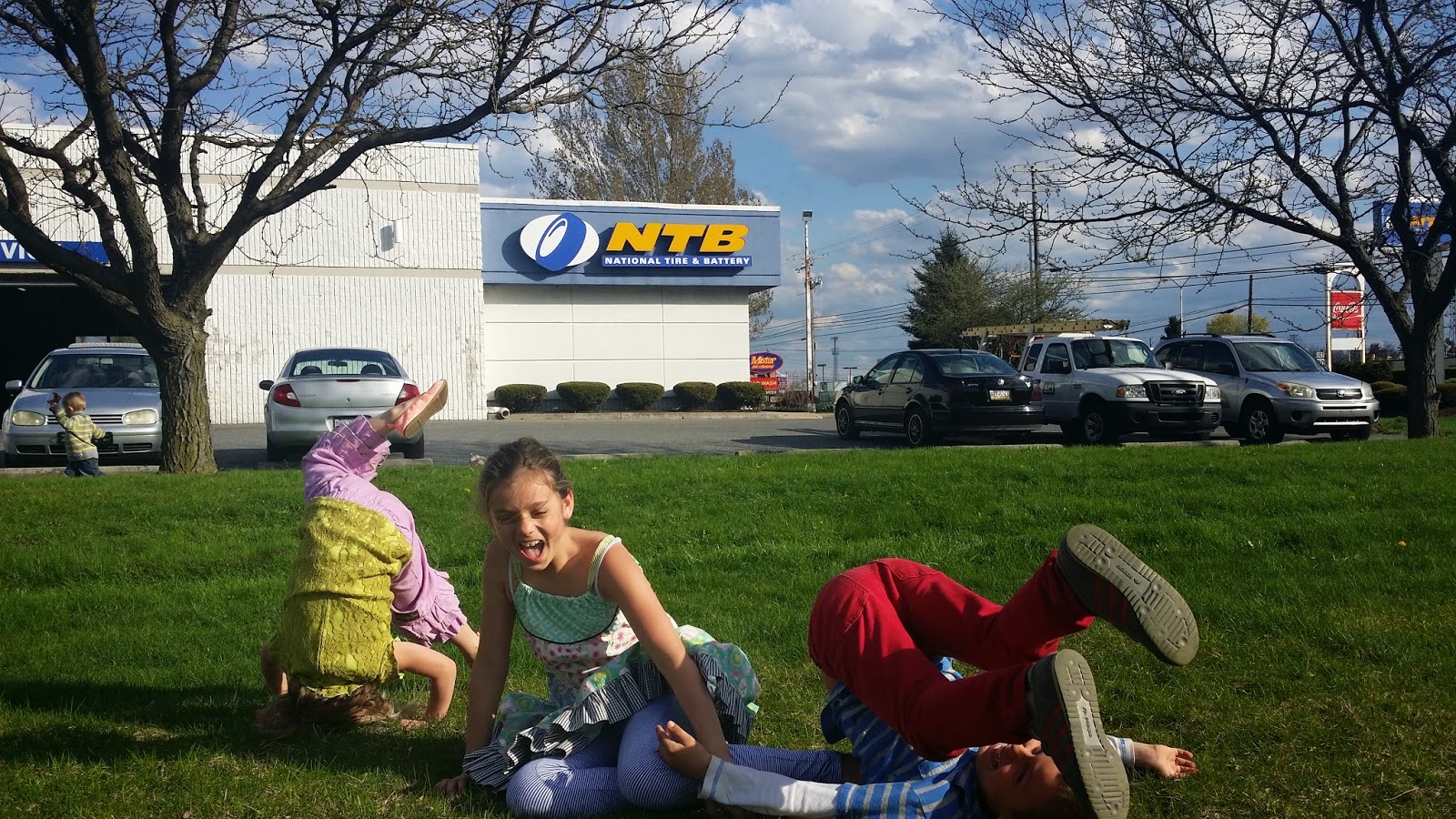 In a nutshell.....
We didn't sale our house.  We move in two months, and still don't have a place to move into.  My car battery died this last week, and I was informed I need about 5 other things fixed for my car to pass inspection.

However looking at the picture above I can know assuredly that we will get through....... cartwheels and all.