My friend called me and was in need of some quick pictures for her son's campaign running for Freshman Class President.  She is so creative and is one of those people that could pretty much run the world, or at least a country, or ....you get the drift.  She has been in the hospital with her Mom who recently had open heart surgery.  Her son reminded her that by morning he needed posters for his campaign.  The slogan he chose was "take a Stance vote Roc for President"
Stance socks are a big deal in these parts of town.....so it was a perfect pun with words. 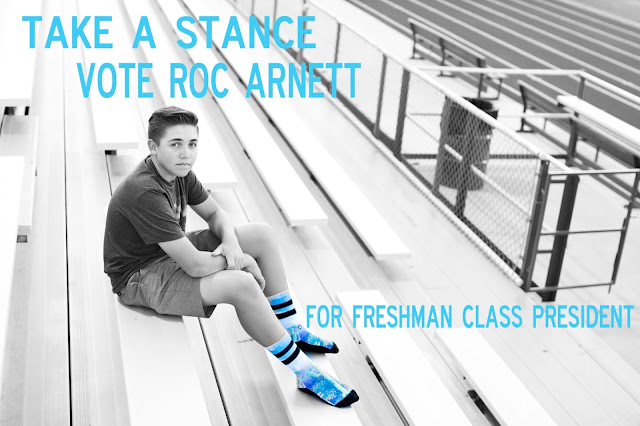 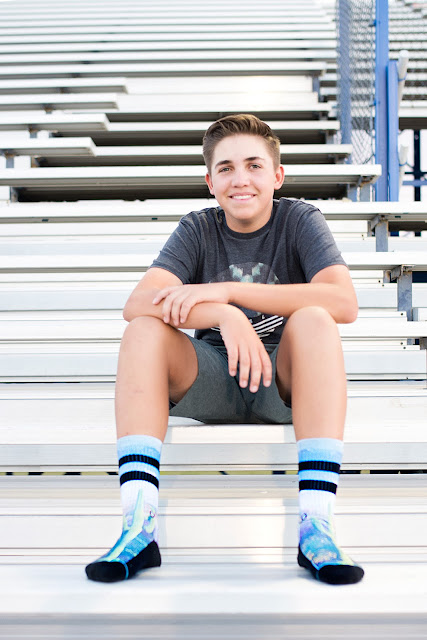 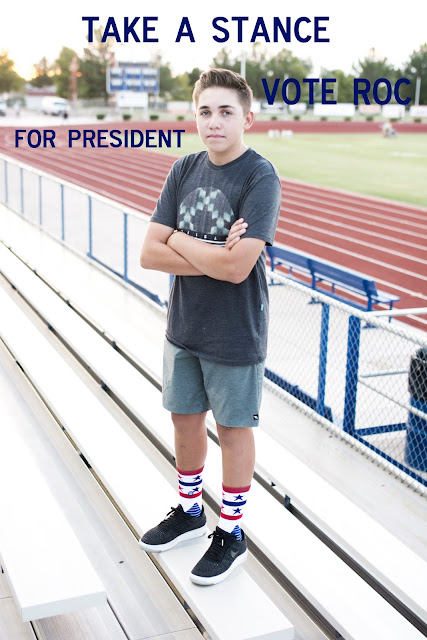 I love a last minute challenge!