I am catching up on blog posts.  Catherine's birthday was a hit, and seemed to go on for eternity this year.  I think it must have been because we took her birthday pictures early.  Trying to stay ahead of the game.  Catherine wow....how do I describe my little Cath.

She has a lot of qualities I admire and am in awe of.  From the moment she was born she has been a light in my life.  Truly a little light, that can not be hid.  My little Cath turning 7.

A preface to these pre - birthday party photos.  Catherine gets every bit as excited helping decorate for the party as she does to be at the party.  She had a list of decorations and activities for her party 3 months ago hidden in a secret spot.

In fact.... I tried to talk her out of  a party....but to no avail.  She has been scheming and talking for months.  Her list included:  flamingo decor, play bean boozled, swim, have a dance party, a craft, and a big pink cake!  Just a few...I had to cut the list.

She wanted to invite EVERYONE to her party.  I decided that we should have a small intimate party (aka.... easy and calm).  Cath had a list of about a million people long she was determined to invite.  I told her she could invite 5 people.  "Just five Cath....that's all you need for an awesome party".  So we took around five little invitations to some of her closest friends.

Well the birthday party came and went this afternoon and sure enough about 10 girls showed up.  Yep...not kidding.  10 girls SHE invited, and even given directions to....showed up to the party.  We all gave her a questioning look when they arrived, but she was confident as could be and lead the way.

We swam despite small raindrops, had a dance party.....led by Catherine herself, did a craft, ate cake....but somehow managed to miss playing bean boozled.  She just walked in my little office while blogging to remind me.  Her little party mind never quite seems to shut off.  One of the many reasons we adore her. 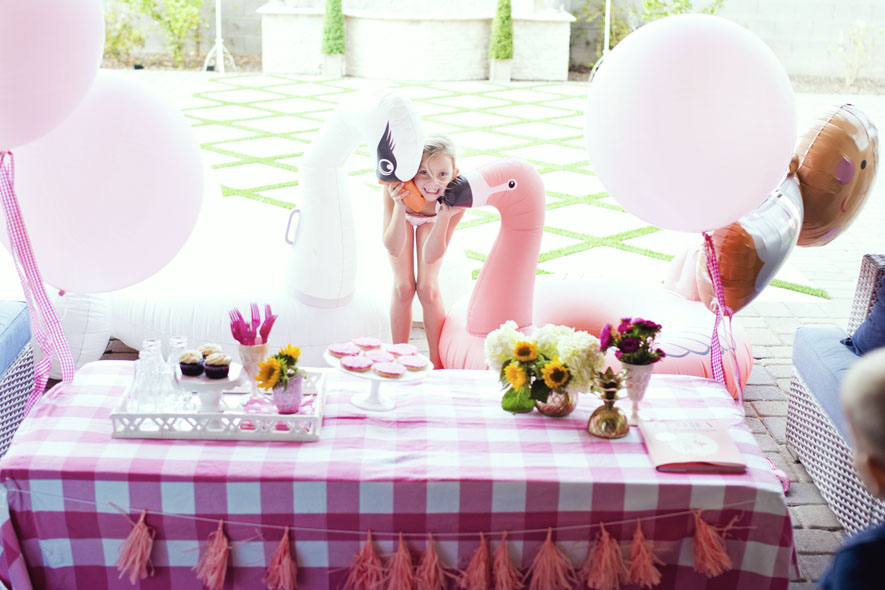 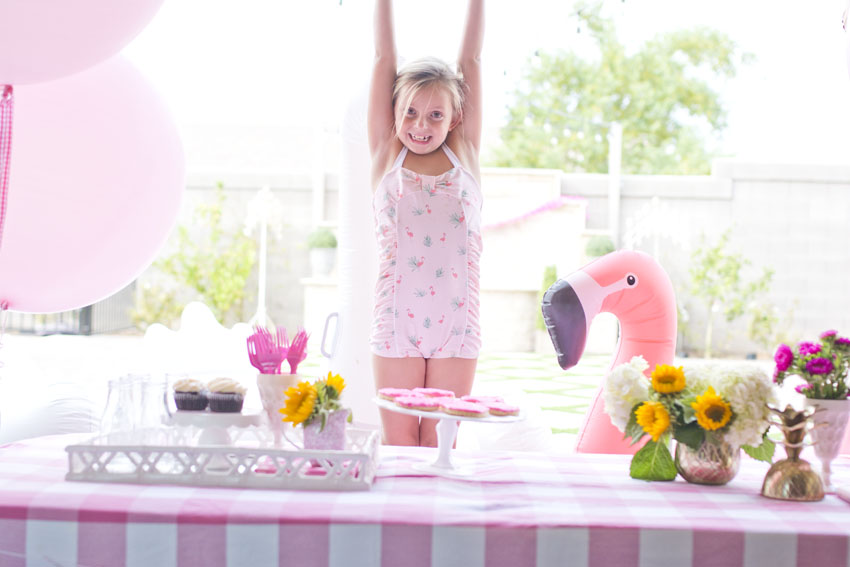 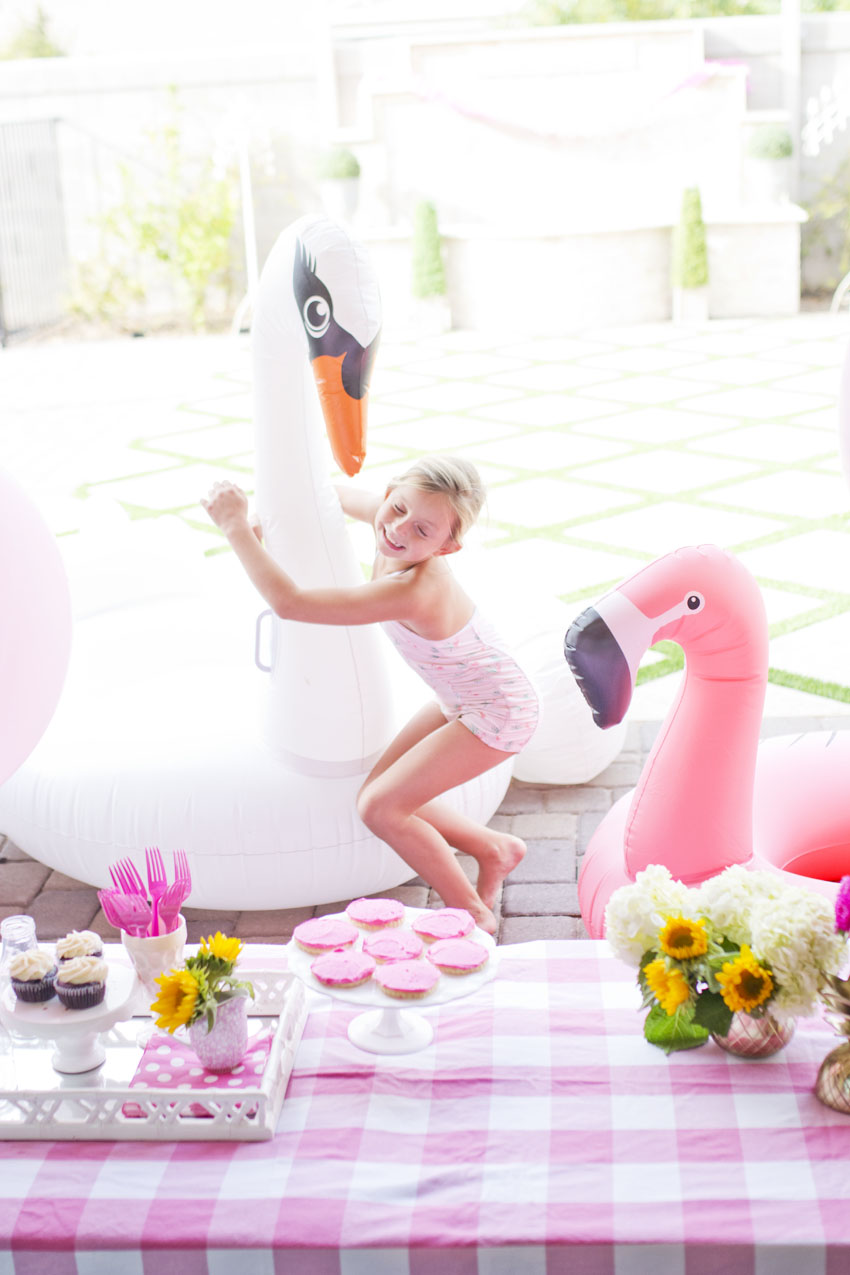 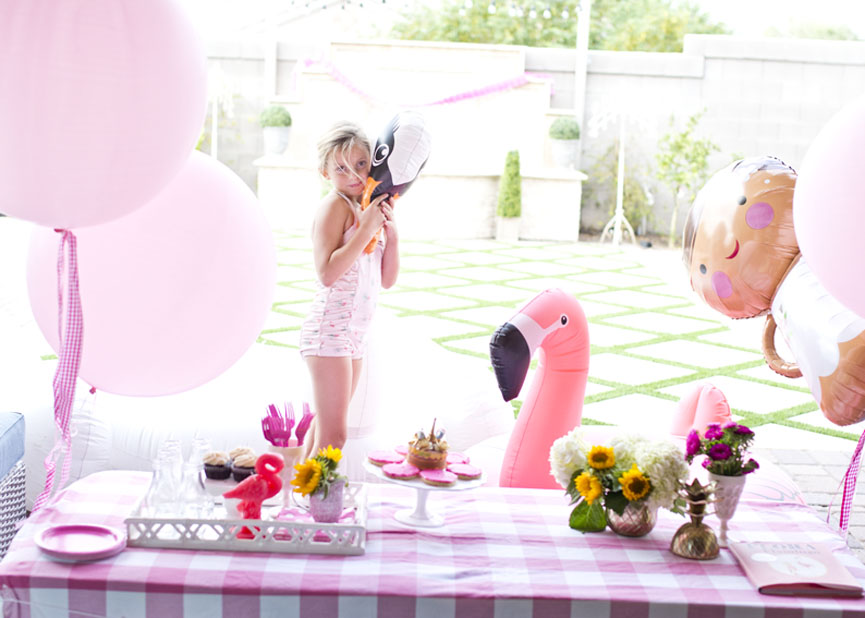 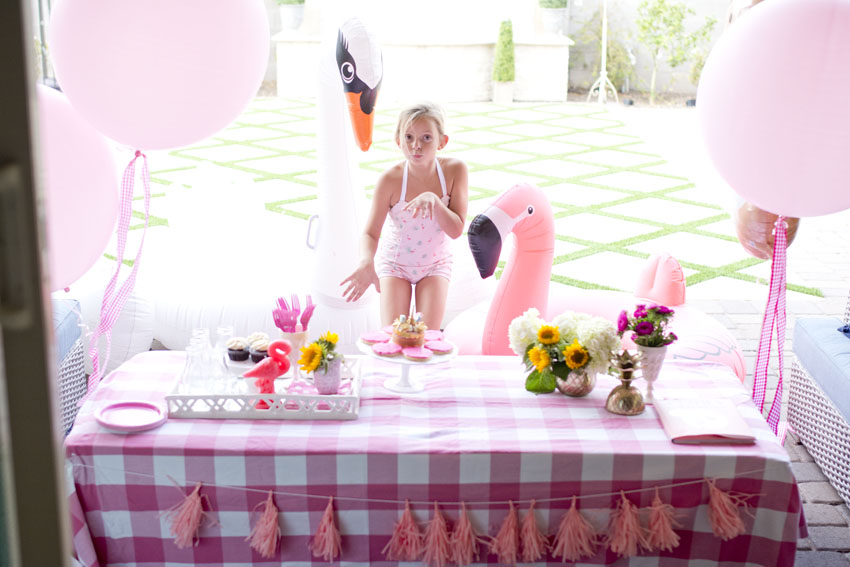 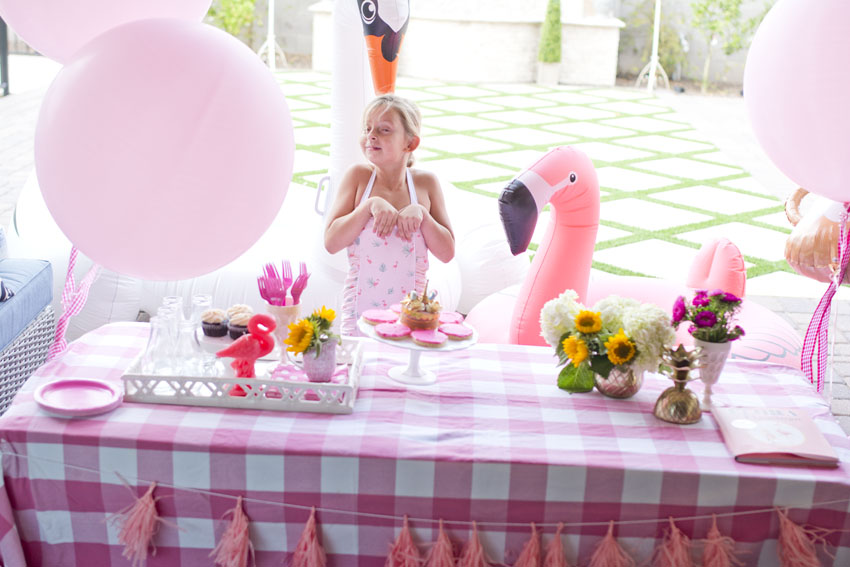 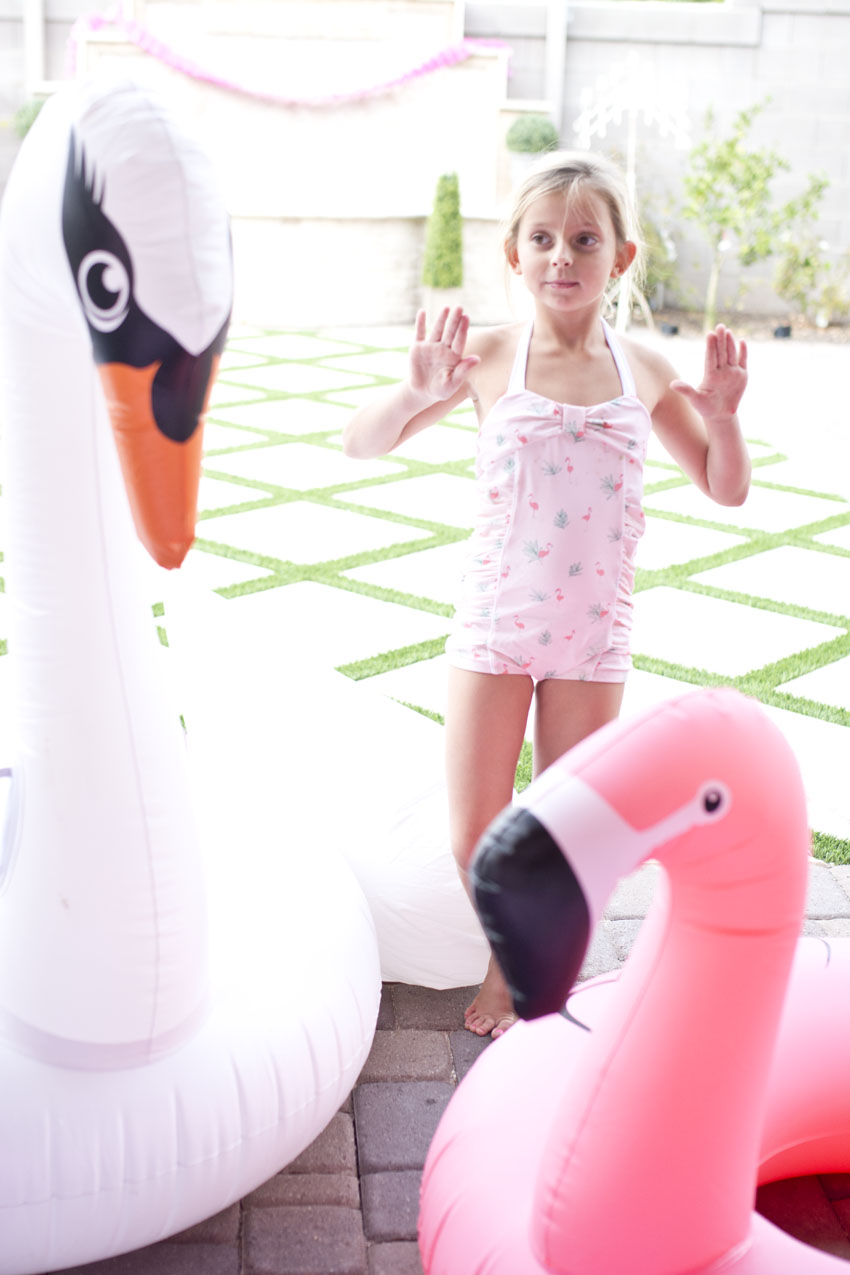 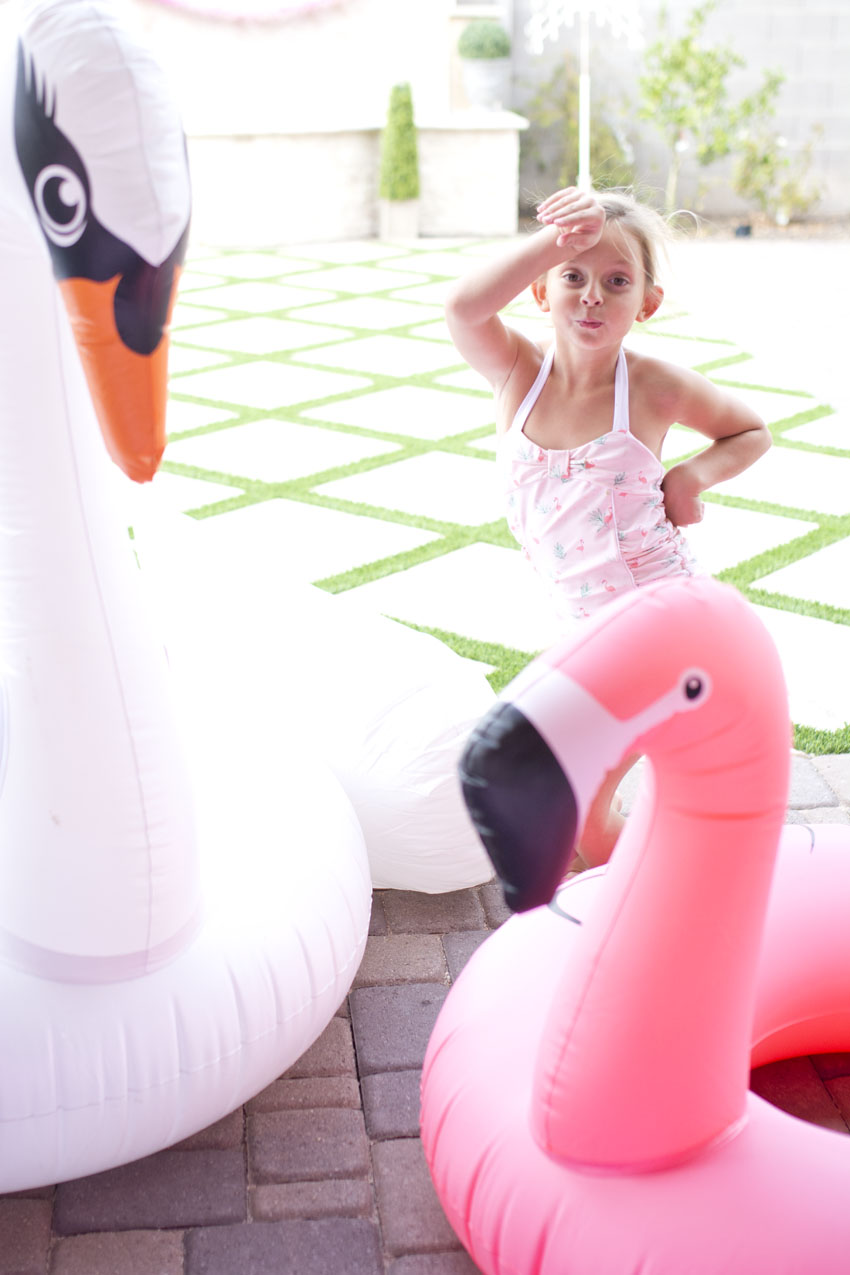 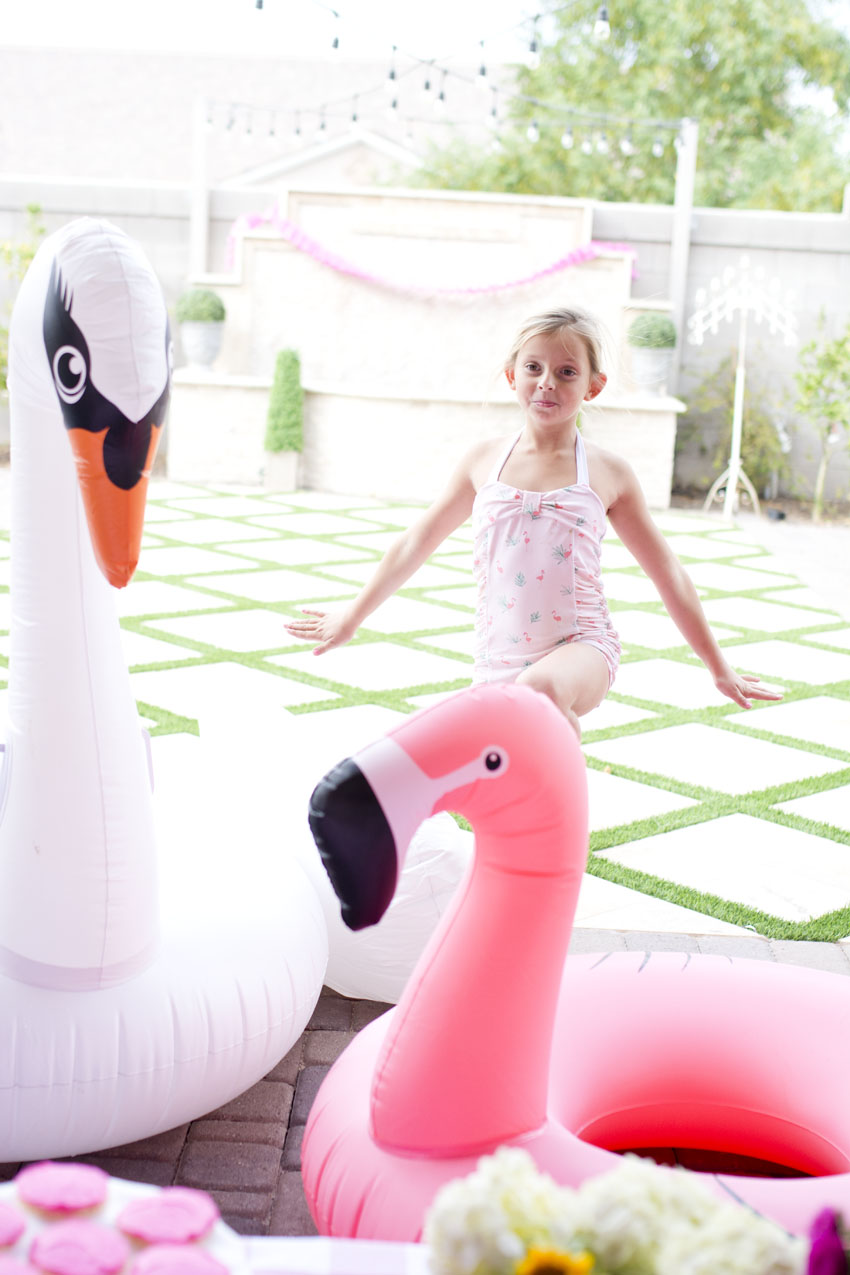 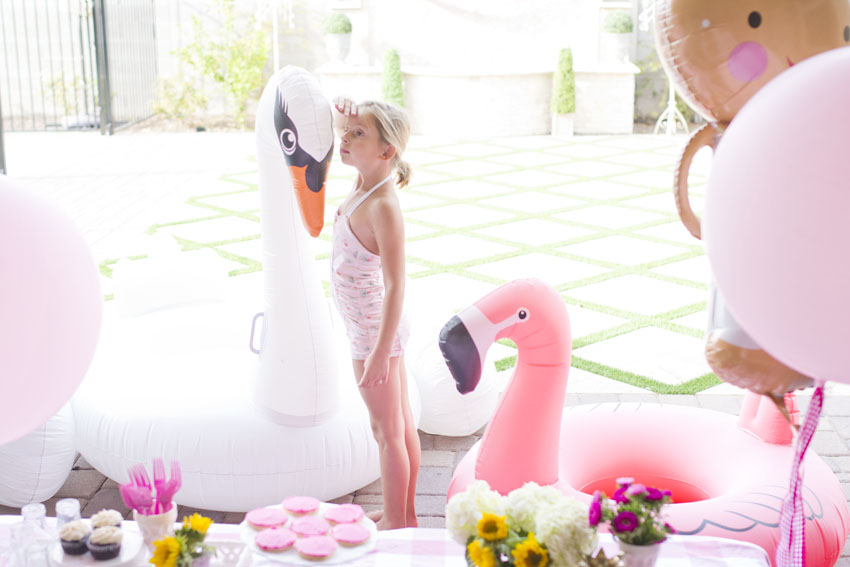 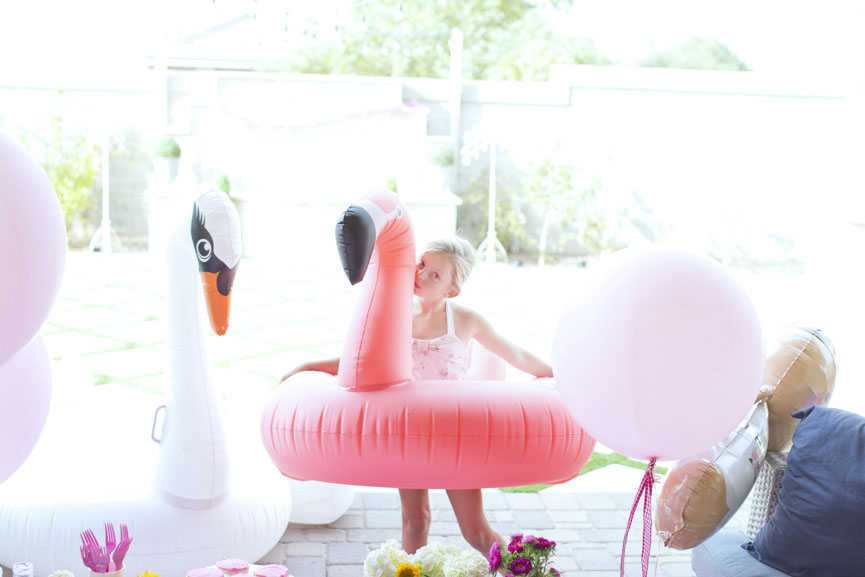 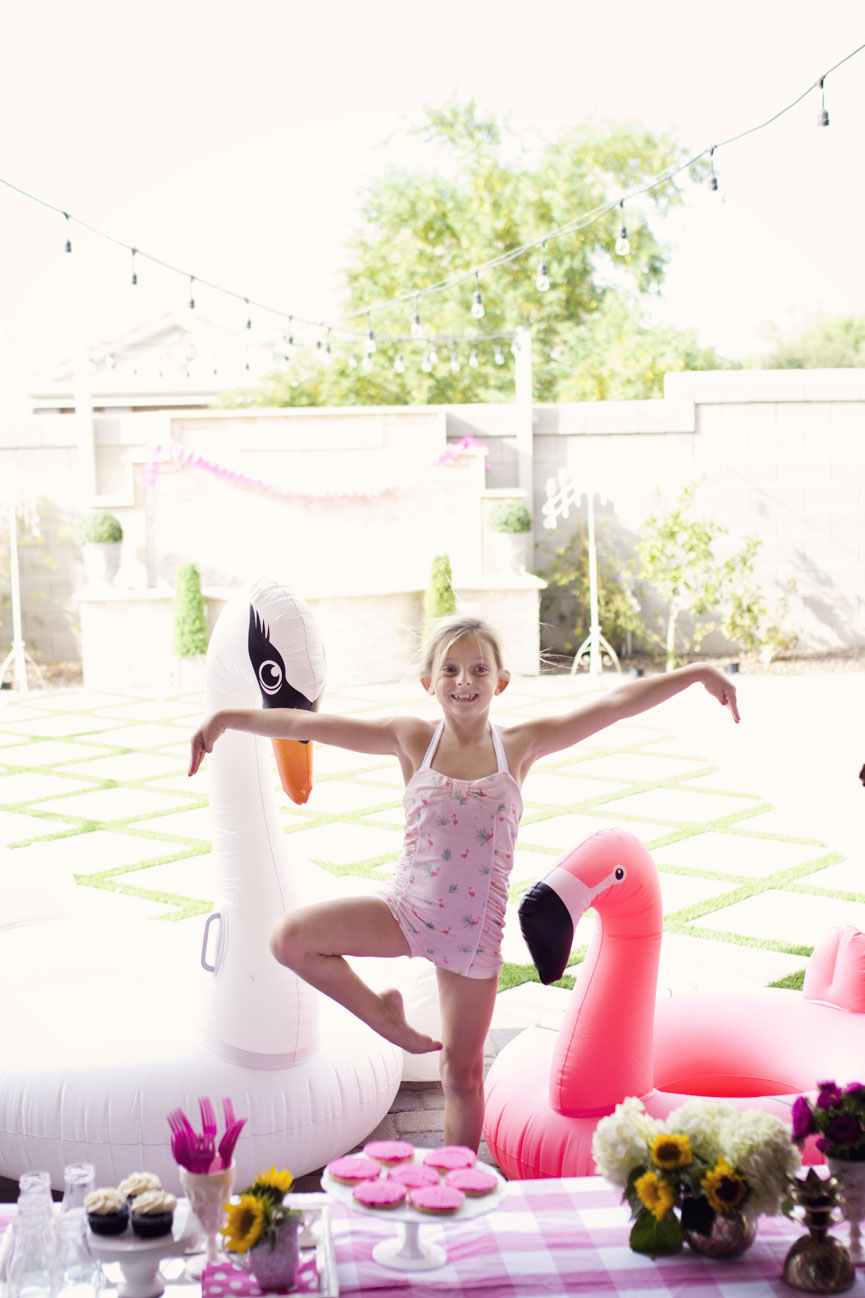 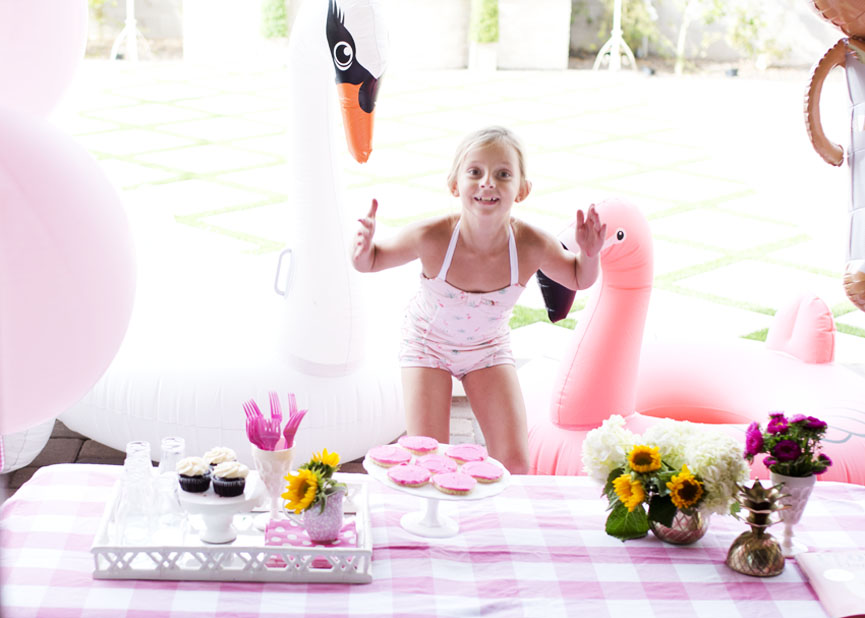 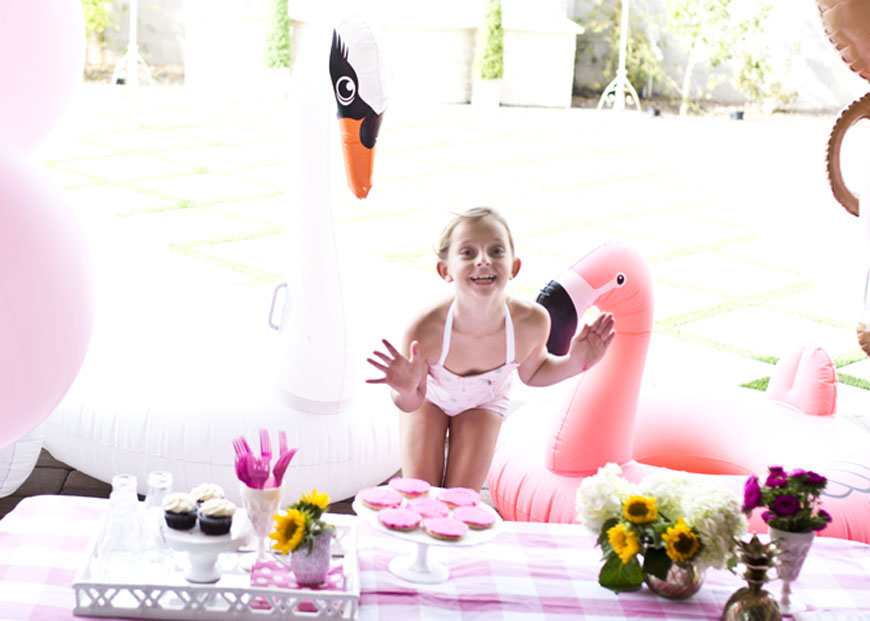 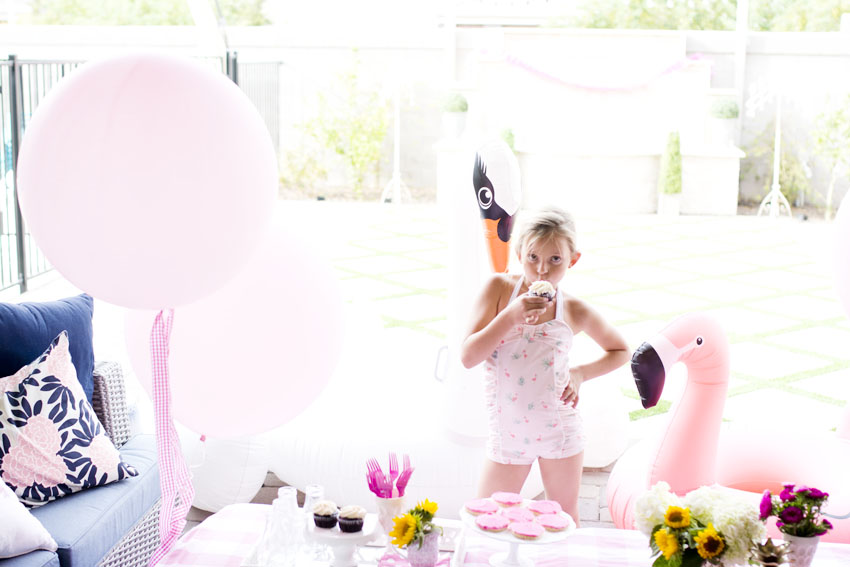 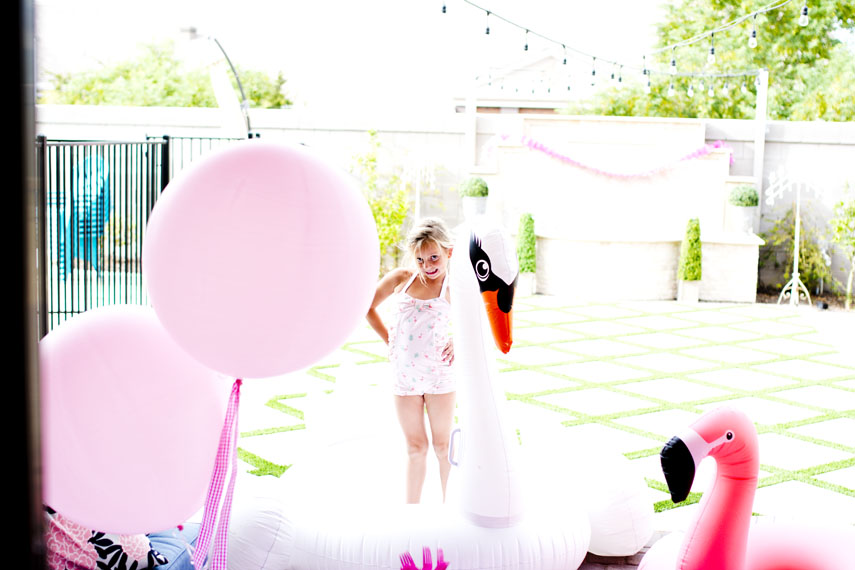 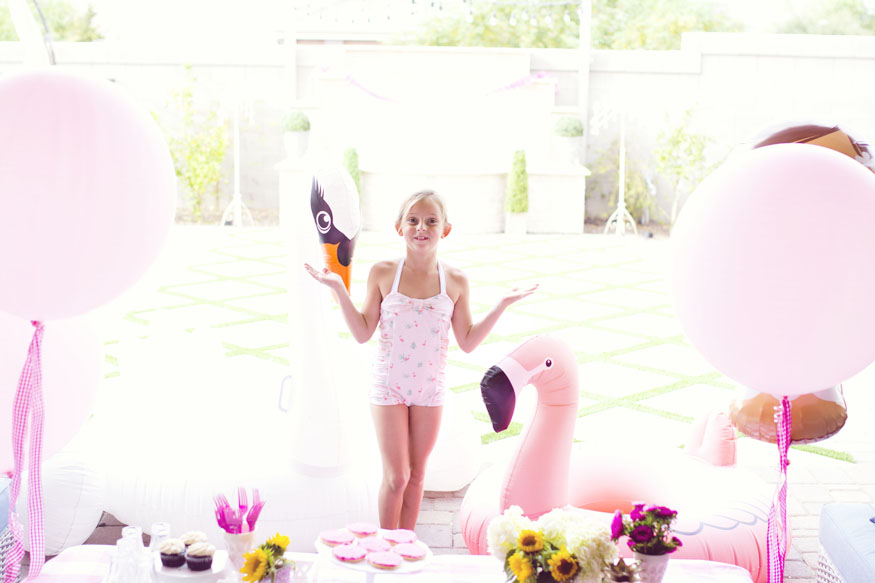 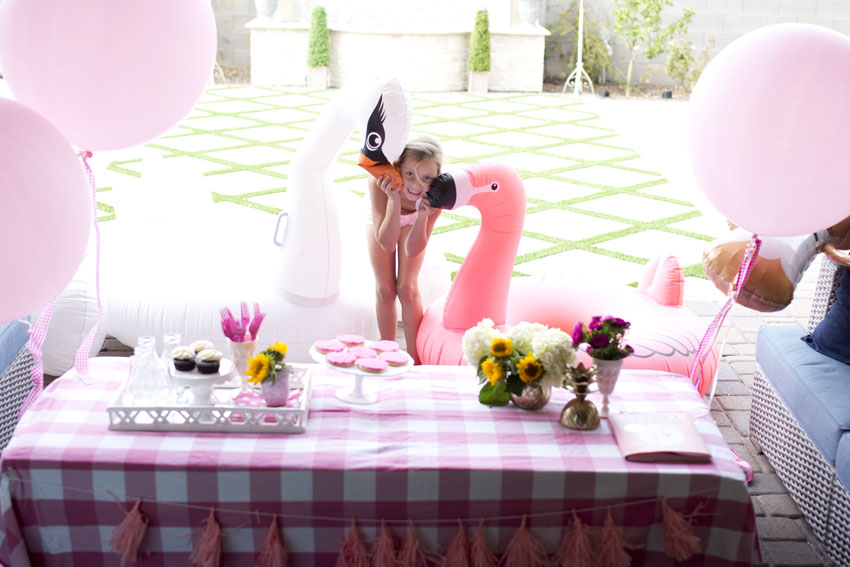 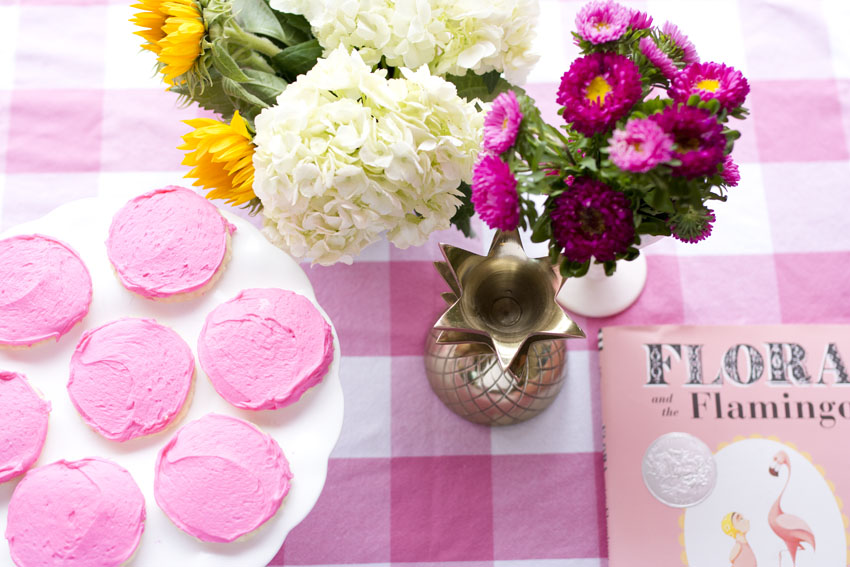 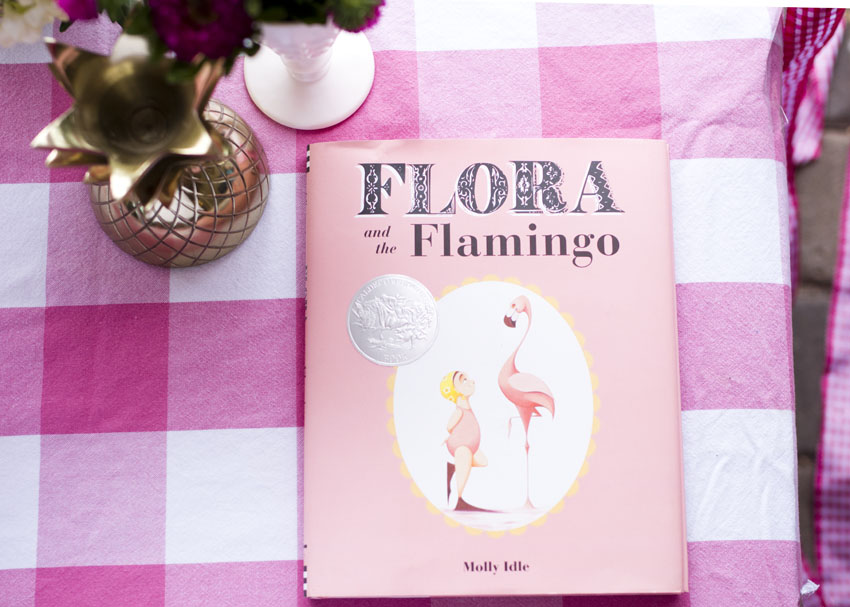 and there we have it.  Cath and her 7th birthday party bash.....pre - crowd control.