So last night we some how ended up watching hours of family videos.  Alyssa was pleading all day to watch them.  She loves to watch herself and our family:)  What a funny, cute, little six year old.  I was glued to the TV and so entertained by giggles, first smiles, first bath times, first steps.  Thankfully I have a husband who is responsible for the video camera.  If it had been left to me we probably wouldn't have any.  I will soon have Alyssa to follow in his footsteps.  They are so similar.

I was so reminded how much motherhood and living 3,000 miles away from "home" has changed my life.  Mostly motherhood.  I am so grateful to be a Mom, and to have witnessed for myself all of my children's changes.

I noticed how much motherhood has changed me by watching the videos.  For example, watching Alyssa's first birthday I was calm, she was perfectly clean, I was letting other people kind of direct the party, we had bought an expensive little cake, and of course I was just enjoying it.

So the next video was of Catherine's first birthday.  She was stripped down to a diaper (after pictures) for her very homemade cake, I was directing and ordering all of  the action, Mikey was throwing a tantrum in the background.....it was a stark contrast to Alyssa's first birthday.  I was still enjoying enjoying it, but in a such a different way.

Motherhood has stretched me in ways I didn't know that it would.  I have been forced to become more decisive, more responsible, take more initiative, more directing in nature, less sensitive to criticism from others, less patient of poor treatment of others, less concerned about what people think, more concerned about others, most concerned about my children and their happiness, more creative because of expense, more game to do more things for the sake of my children.  All of the above qualities are survival to parenting.  I am definitely learning in the eternal scheme that parenting is as much for the adult to grow and learn, as it is for the child.  Alright......so enough from my soap box.....:)  Just some thoughts.  I thought this was a cute picture of my Lyssa. 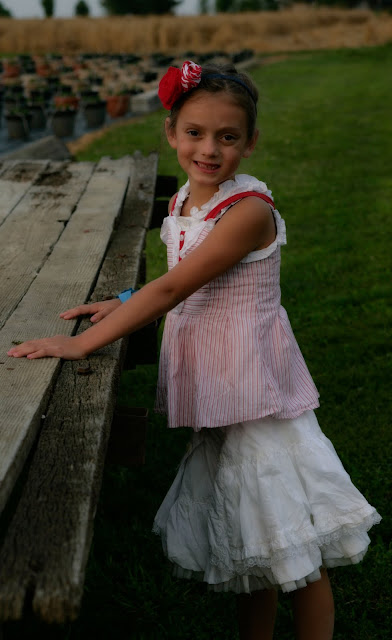 As much as I miss the mountains of Utah........you have to love the beautiful farmlands of Pennsylvania.
Posted by Jenn at 7:37 AM

Family videos are the best. They always put things into perspective. Wish those stupid thieves in St Louis hadn't stolen my camcorder...sorry had to throw that it in.