We have been living in Camp Hill for almost four and half years now.  If you go across the street and through two back yards you are at our little town community pool, tennis court, park, and yes........high school football field.:)  It has become a family tradition to attend at least a few football games.  The first couple usually......we are fair weather fans.  We don't know anyone on the team, and quite frankly don't know many people at the games.....but we are part of the community and supporters all the way:)

Every year in Mike's residency the residents get paid a little extra for working high school football games.  Let's just say.......Mike......is all over it.  Last night he happened to work at the Camp Hill High football game.  The first one of the season.  As news travelled to my kiddies shouts of excitement filled the air.  The game became a family event. 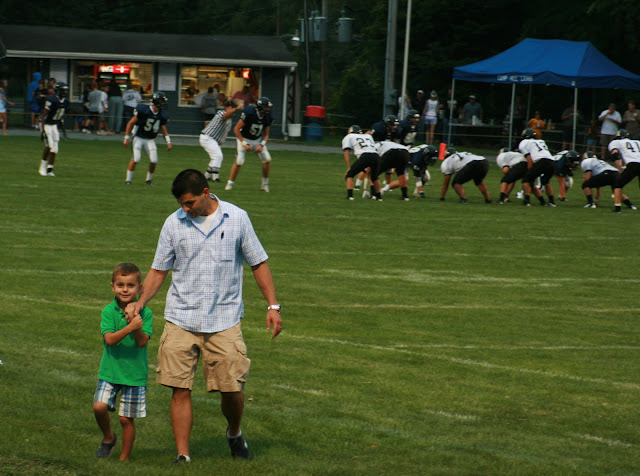 Both Mike's were beaming sitting on the sideline together the entire game......the only time little Mikey got distracted is when he looked up to notice..... 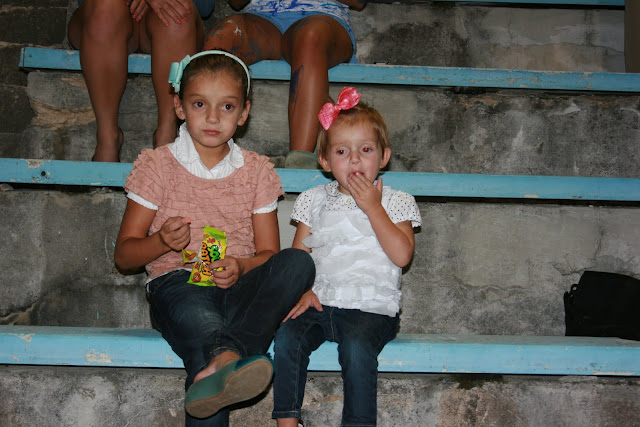 the girls eating treats without him.  He just had to take a break.  I laugh noticing we are sitting by no one......but really we were enjoying watching the cheerleaders, people (I must admit), and a tad of the football game.
Posted by Jenn at 7:41 PM

That looks so fun for your family! Ryan my son in law had that job for Morgan High School too. I think he thought that was great.