It is official .......school has started for all of my eligible children in the house.  The flooding put us off a week.  This little guy had a big day today.......his first day of preschool. 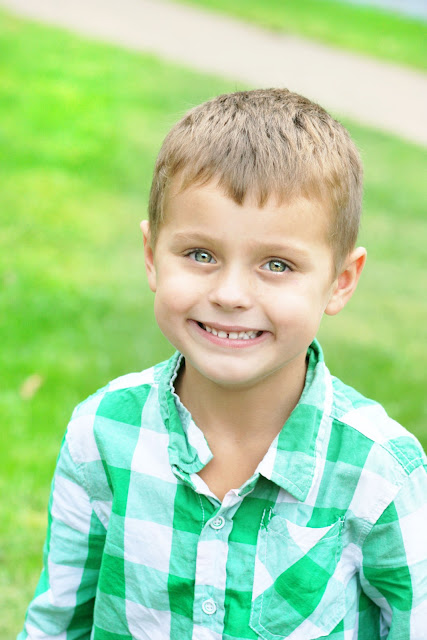 I think the smile shows exactly how he felt.  A bit of a force to want to go to school.  He was ok to do it, because his big sister does.  When I asked him how it went he said the exact same thing as Alyssa..."I love preschool, it was the best day ever."  I think he wanted to be just like his sister.  What a cute boy.

I have been enjoying spending more time with him as the oldest since Alyssa has started school.  The second thing he said when he came home was "Catherine really missed me didn't she."  He then went over to give a her a big Mikey hug, which basically means he wrestled her to the ground.  She just screamed in response.:)  I am raising a serious group of characters......lets just hope one of them turns out:)
Posted by Jenn at 11:49 AM

He is such a handsome boy. I am so glad he likes his preschool. What a special smile he has.