Sumko Back to School Photo Shoot!

Ha.  I write and laugh at the same time.
I loaded up the kids before church in some back to school gear and we headed to our favorite doors down the street.

Mike was on call this Sunday morning, so he couldn't make the session.  I was on my own.

I was in my PJ's, Sammy in a diaper eating chocolate at 10:00 am, because that was the only thing that made him happy.
I had my creative juices going, and my kids were pumped up for some pictures of their new backpacks, clothes, shoes, and props.

They were a bit hesitant when we pulled into a narrow lane with lots of OLD OLD garage doors, and "beware of dog" signs.  I had to convince them that "beware" and "no trespassing" signs were as old as the buildings....and we would be super fast anyways:)

The Sumko Back to School Photo Session became a competition, I was soon made aware.
Who could get the MOST pictures taken of "THEM"  was the competition.
Once I was made aware of the competition I just went along happily obliging.

Mikey wanted me to take the most pictures of him.   Mr. model today.  It made for some good cooperation from all to try and be the one "in the spotlight".:)

He has me convinced in this one he may just be the cutest 1st grader I know. 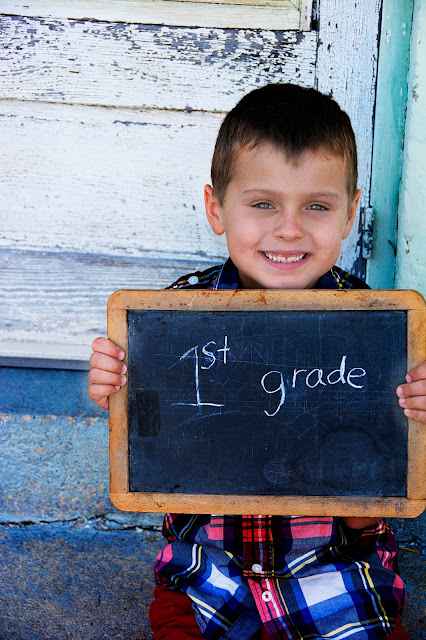 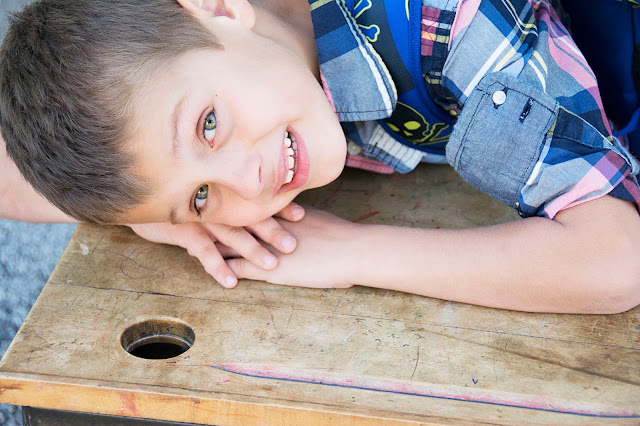 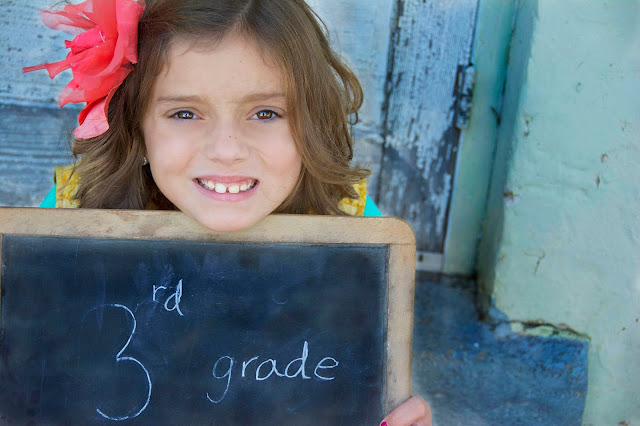 Alyssa can't open her eyes to save her life half the time...and was getting frustrated. 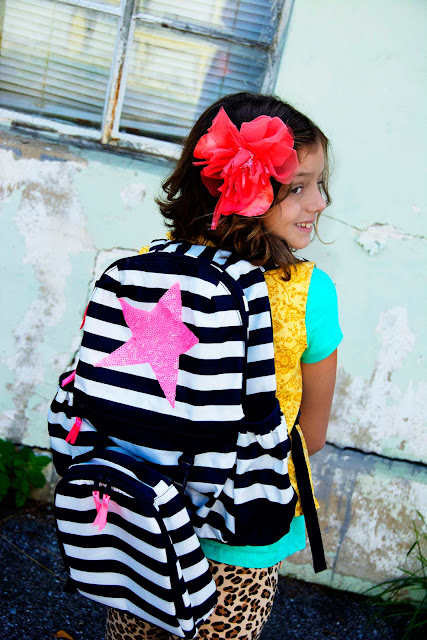 She pulled out a couple of modeling moves..... 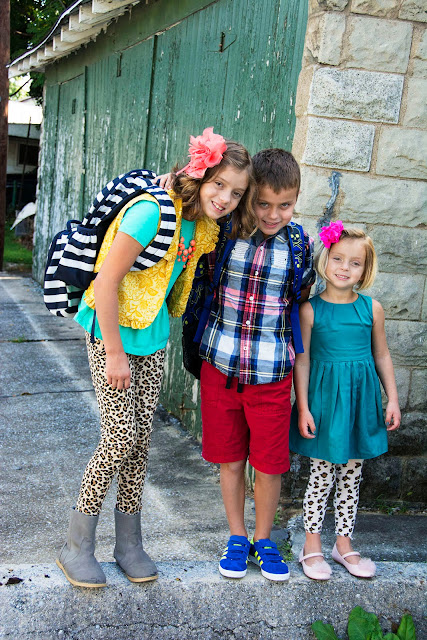 Catherine "HAD" to get in on the action. 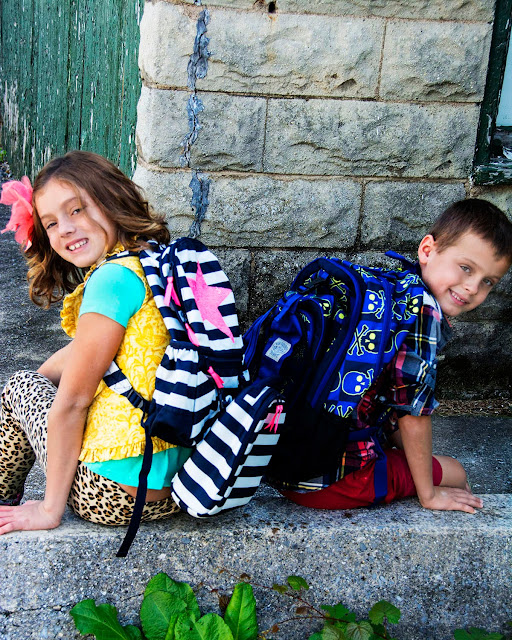 They were trying to out smile each other in this one. 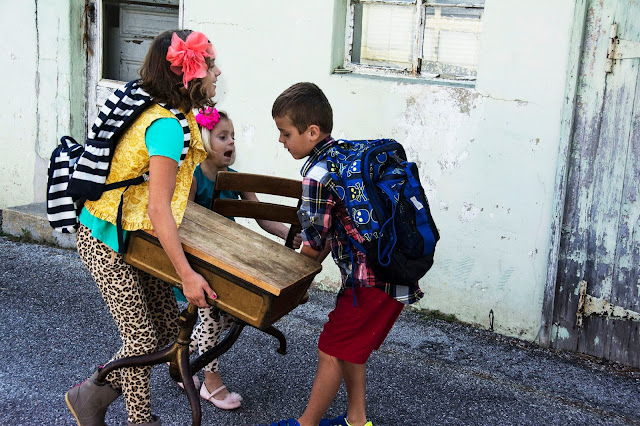 My project managers took it seriously....moving the props and all. 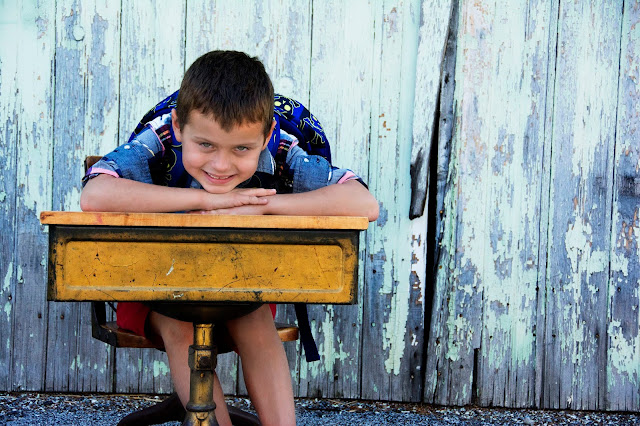 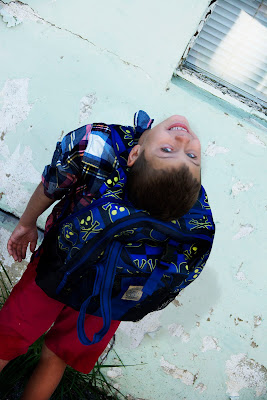 I laugh at this one.  He came up with his "own" modeling shots. 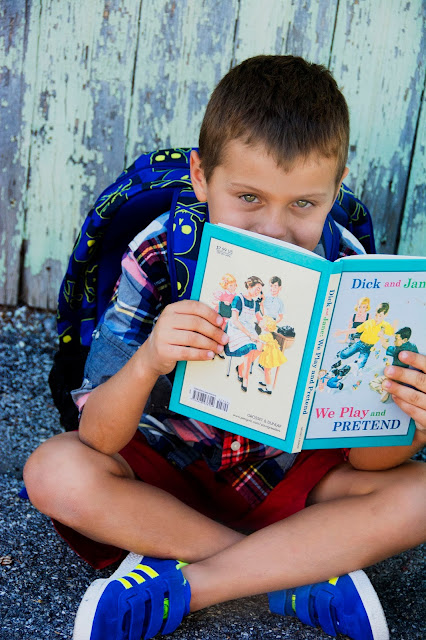 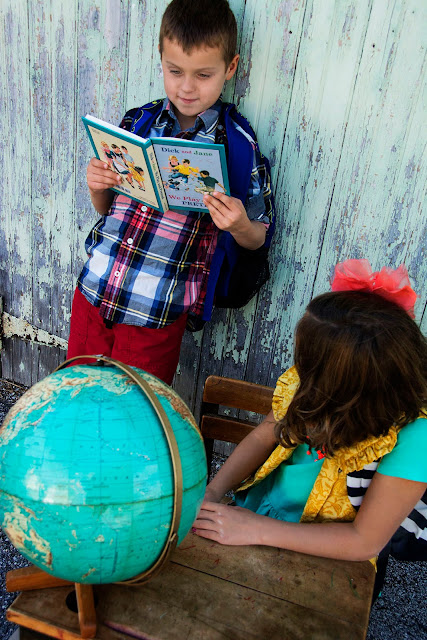 Mikey sneaking in on the ones I took of Alyssa. 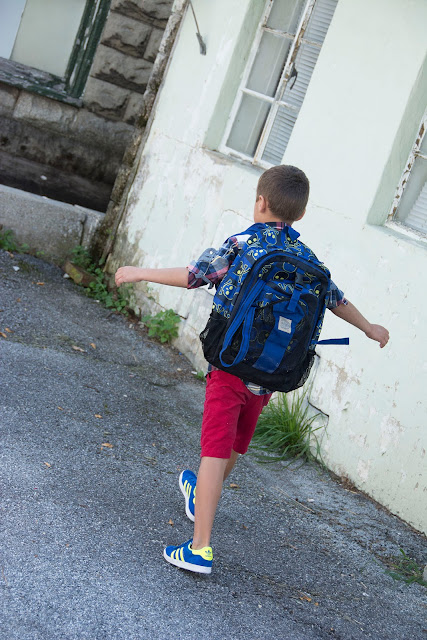 At this point Mikey said he was done...he had enough.  He was heading to join Sammy playing in the car. 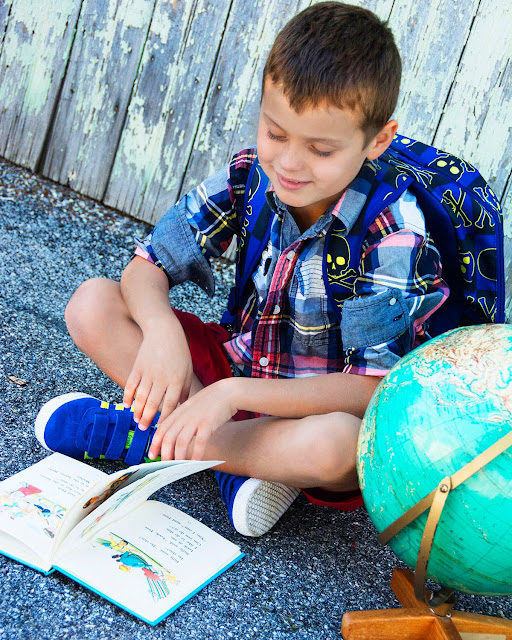 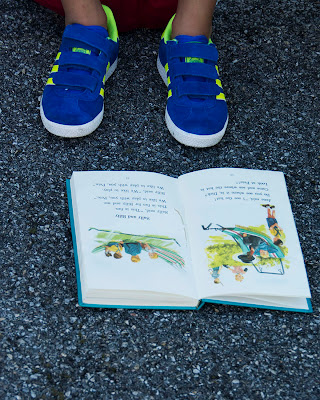 He wanted a few with his "new"shoes.
He is super proud that he and Sammy have the same "matching" shoes. 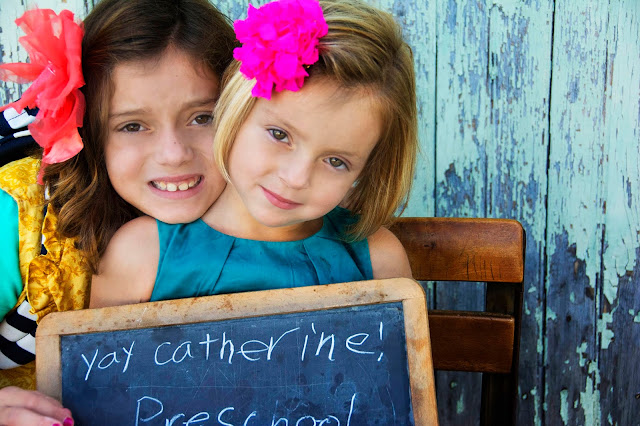 Catherine felt bad she wasn't getting in on the action....so Alyssa made her a sign.  I love how she spelled "yay". 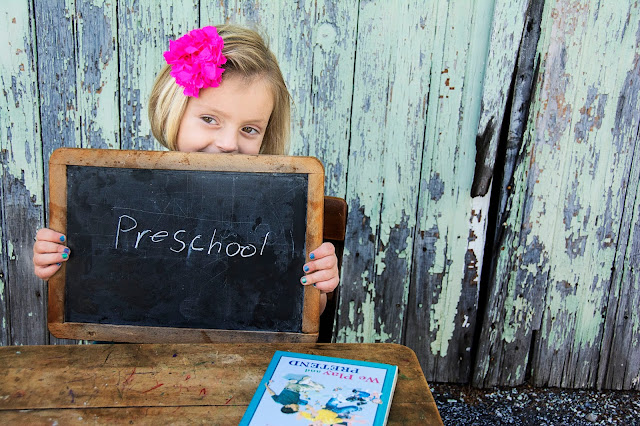 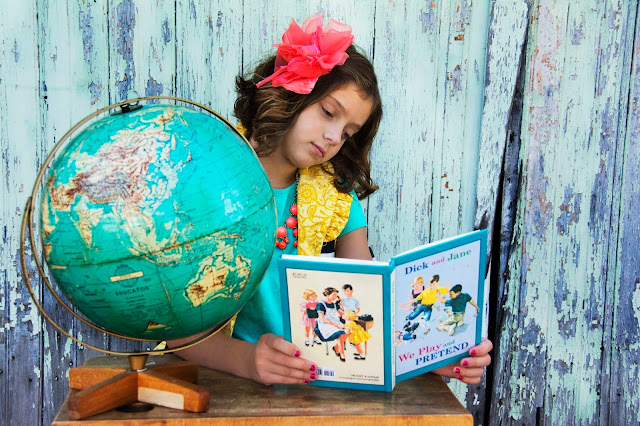 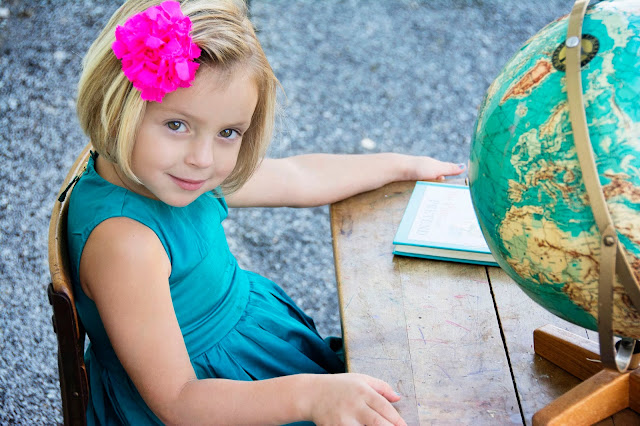 Cath's preschool is going to be Mom's Montessori.  Very ELITE:) 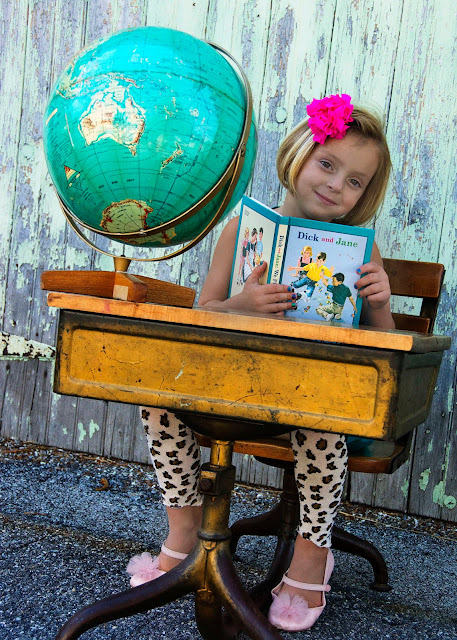 Of course pretending that "she" knew how to read. 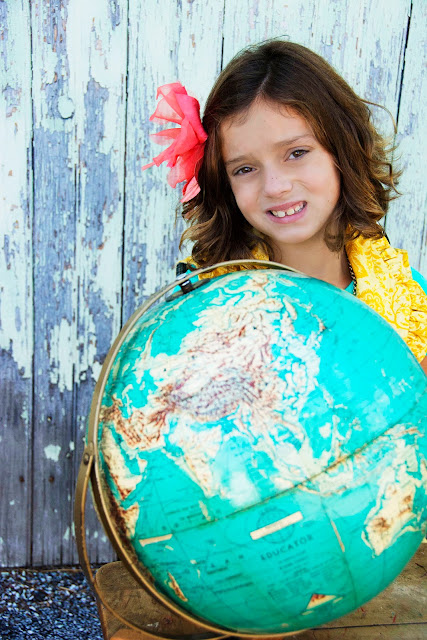 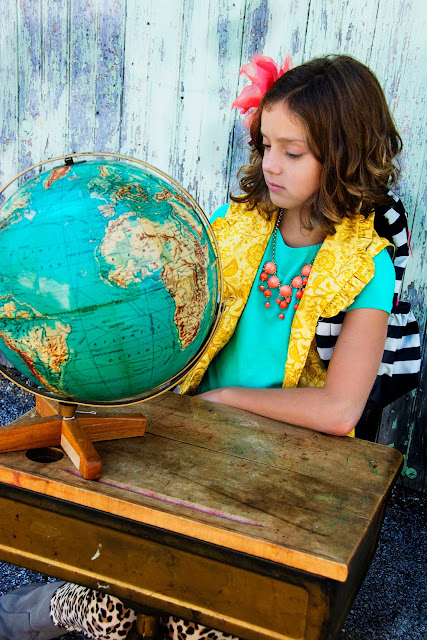 What a funny, funny crew I have at this stage of life.  Loving these cuties two eve's before the start of school.
Posted by Jenn at 7:13 PM